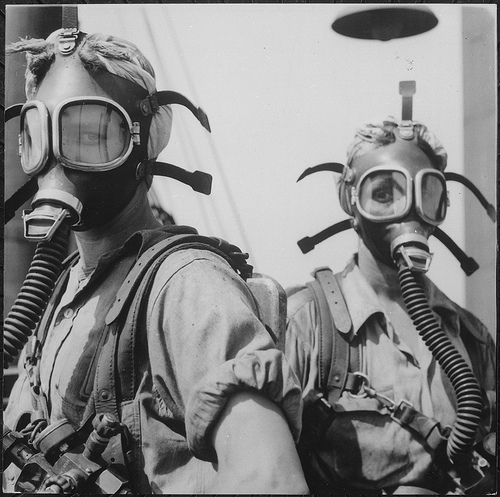 Even with the recent announcement that the Flickr Commons is not currently accepting new applications, there are clearly still applications being processed. NARA has been on Flickr since February of 2009 and loaded 49 sets of images. As announced in a recent press release, on the first of February 2010 Flickr flipped the switch and all the images in the The U.S. National Archives’ photostream was shifted over into the Commons.

The 49 sets are sorted into 4 collections:

In honor of this transition, NARA posted a new set of 220 Ansel Adams photographs. One of the first comments on the set was “low-res scans? Pretty big letdown.” Fine question. As noted above, other images from NARA in the Commons much larger than the 600 x 522 that seems to be available for the Ansel Adams images. It would be great to have a clear explanation about available resolutions published along with each new set of images.

NARA has published this simple rights statement for all NARA images in the Commons:

All of the U.S. National Archives’ images that are part of The Flickr Commons are marked “no known copyright restrictions.” This means the U.S. National Archives is unaware of any copyright restrictions on the publication, distribution, or re-use of those particular photos. Their use restriction status in our online catalog is “unrestricted.” Therefore, no written permission is required to use them.

NARA has also posted an official Photo Comment and Posting Policy and a fairly extensive FAQ about the images they have post on Flickr. I do wish that there was a simpler way to request reprints of images from the Commons. Most of the NARA images have this standard sentence – but for someone not familiar with NARA and more accustom to one click ordering, the instructions seem very complex:

For information about ordering reproductions of photographs held by the Still Picture Unit, visit: www.archives.gov/research/order/still-pictures.html 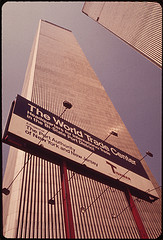 I also wish that more of the images had location information assigned – only 113 of the images show up on the fun to explore map view. At first glance it looks as if this information is populated only for images taken near airports. There are many images that include a location based subject in the image description posted on Flickr, yet do not include geographic metadata that would permit the image to be shown on a map.

The one image I did find that was not at an airport but did include geographic metadata is this image of the World Trade Center assigned to the NYC Financial District Flickr Location. While I could add a location related tag to NARA’s images, there does not appear any way for the general public to suggest location metadata.

One odd note about this and other World Trade Center images – the auto-generated tags have broken up the building name very oddly as shown in my screen clip on the left.

Another fun way way to explore the NARA Flickr images is to visit the ‘Archives’ page (slightly hilariously titled “U.S. National Archives’ Archives”). Here we can browse photos based on when they were uploaded to Flickr or when they were taken. Those images that include a specific date can be viewed on a calendar (such as these images from 1918) or in a list view (those same images from 1918 as a list), while those taken ‘circa’ a year can be viewed in a list with all other images from sometime that year (such as these images from circa 1824).

Beyond all the additional tags and content collected via comments on these images, I think that being able to find NARA images based on a map, calendar or tag is the real magic of the commons. The increased opportunities for access to these images cannot be overstated. 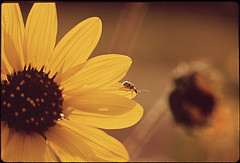 It will be fun to watch what else NARA chooses to upload to the Commons. I vote for more images that are assigned metadata such that they show up on the map and calendar. I will also put your mind at ease by telling you that the lovely ladies at the top of this post are their because their image is one of the most popular uploaded by NARA to date (based on it having been marked a favorite by 88 individuals). The only image I could find with more fans was the classic image of Nixon and Elvis with 250 fans at the time of this posting.

What is your favorite NARA Commons image? Please post a link in the comments and if I get enough I will set up a gallery of Spellbound Fan Favorites!

Image Credits: All images within this blog post are pulled from NARA’s images on the Flickr Commons. Please click on the images to see their specific details.