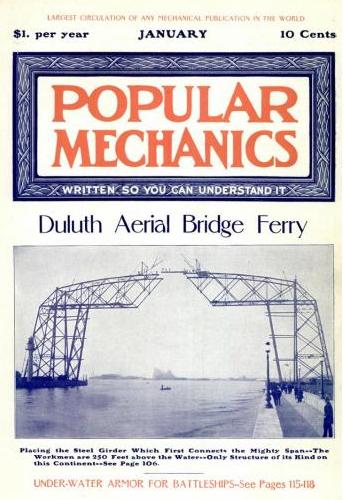 As has been reported around the web today, Google is now digitizing and adding magazines to Google Book Search. This follows on the tails of the recent Google Life Photo archive announcement.

I took a look around to see what I could see. I was intrigued by the fact that I couldn’t see a list of all the magazines in their collection. So I went after the information the hard way and kept reloading the Google Book Search home page until I didn’t see any new titles displayed in their highlighted magazine section. This is what I came up with, roughly grouped by general topic groupings.

Sports and the outdoors:

They of course promise more magazines on the way, so if you are reading this long after mid December 2008  I would assume there are more magazines and more issues available now. I hope that they make it easier to browse just magazines. Once they have a broader array of titles – how neat would it be to build a virtual news stand for a specific week in history? Shouldn’t be hard – they have all the metadata and cover images they need.

I love being able to read the magazine – advertising and all. They display the covers in batches by decade or 5 year period depending on the number of issues. I also like the Google map provided on each magazines ‘about’ page that shows ‘Places mentioned in this magazine’ and easily links you directly to the article that mentions the location marked on the map.

I think it is interesting that Google went with more of a PDF single scrolling model rather than an interface that mimics turning pages. In many issues (maybe all?) they have hot-linked the table of contents so that you can scroll down to that section instantly. You can also search within the magazine, though from my short experiments it seems that only the articles are text indexed and the advertisements are not.

Overall I mark this as a really nice step forward in access to old magazines. As with many visualizations, seeing the about page for any of these magazines made me ask myself new questions.  It will be interesting to see how many magazines sign on to be included and how the interface evolves.

To read more about Google’s foray into magazine digitization and search take a look at: